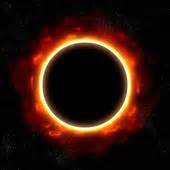 On February 26, 1979, my dad witnessed a memorable solar eclipse. My parents were not in the path of totality, but it left quite an impression nonetheless. While my dad shared his pinhole viewer and watched the eclipse in the waiting room, my mom snuggled me, their newborn baby, in her hospital bed. When they heard that the next eclipse like this would not happen again until 2017, my mom remembers looking down at me, completely unable to imagine her tiny baby being thirty-eight years old. Well, here we are!

On Monday, August 21, 2017, my four-year-old son and I grabbed some basic supplies and made our own pinhole viewer to watch the partial solar eclipse from our front lawn. We took turns lining up the pinhole in our tinfoil with the angle of the sun and watching as the crescent, appearing on the bottom of our box, grew smaller and then larger again with time. As we took breaks to swing beneath the shade of our Live Oak, I noticed that the shadows on the sidewalk were completely different than anything I had ever seen before.  Instead of noticing the typical patches of sunlight and shadow, a repetitive series of identical crescents covered our sidewalk from one end of the street to the other. It was clear that we were seeing the eclipse in the shadows of the trees, but I could not fathom how it could happen.

Later that evening, after we put the kids to bed, I saw that Cheerios box, turned pinhole viewer, sitting on my bed and wondered how it would work on indoor light sources. As I first lined it up with the light bulb in my bedside lamp, I was amazed to see the exact image of the underside of my lamp perfectly captured through the contrast of light and dark. Next, it was the ceiling fan, and when three small lights appeared on the bottom of the box, I looked up to notice for the first time that the fourth light bulb had in fact gone out. Excited by how well this was working, I took the viewer to the closet and recognized the long, thin, tube of fluorescent light staring back at me from the bottom of the box. As I mulled these things over in my mind, all of the sudden the tree shadows outside made sense. Holes formed by gaps in the leaves allow the sun to filter through. Day after day, I walked beneath this filtered light and never thought twice about it, assuming it was just light in general filtering down through the trees. I never dreamed I was actually walking beneath thousands of holes that allowed me to see the perfect image of the sun repeated countless times down upon the sidewalk.

The moment this all came together in my mind, I thought of Matthew 5:14. “You are the light of the world—like a city on a hilltop that cannot be hidden” (NLT).  Then Matthew 5:16, “In the same way, let your light shine before others, so that they may see your good works and give glory to your Father who is in heaven” (ESV). We are not called to be light in general or to shine out of our own strength, but to shine forth the particular light of the Son himself, giving glory to our Heavenly Father. Jesus, who Himself said, “I am the light of the world. If you follow me, you won’t have to walk in darkness, because you will have the light that leads to life” did not claim to shine general light, but claimed to be The Light (John 8:12, NLT). This is Jesus, the One who “is the radiance of the glory of God and the exact imprint of his nature” (Heb. 1:3, ESV). Just as Jesus is the precise “radiance of the glory of God” we are called to be precise representations of His light in the world. Like the sidewalk lining my street was filled with exact images of that partial eclipse, we are called to walk in this world, aligning our hearts with the angle of His love, His grace, His sacrifice, His truth, His promises, His hope, His perfect light—to be Light detectors and Light projectors. And when all of His children do this, the paths of this world are flooded with the radiance of His glory!

Finally, be encouraged. The images of the eclipsed sunlight covering my sidewalk captured my gaze, in large part because of the darkness. It was the crescent of light shining forth alongside that dark shadow that first drew may gaze and fixed my mind on what I was seeing. I am reminded of the Beatitudes, directly preceding Jesus’ command to “let your light shine,” where He defines the blessings of God’s kingdom and turns worldly definitions of blessings on their heads. In the kingdom of God, the darkness of grief cannot eclipse the light of His comfort; the darkness of persecution cannot eclipse the light of citizenship in His kingdom of heaven. As John said, “In Him was life, and the life was the light of men. The light shines in the darkness, and the darkness has not overcome it” (John 1:4-5). If dark shadows are part of your story today, the hope of Jesus means that His light is still shining and His light will not be overcome. His light is shining forth out of your eclipsed-life, catching the eye, heart, and mind of a watching world. Take courage in His light.

Heavenly Father, we submit our hearts again to Your authority, asking that Your Spirit would align us with the brilliance of Your glory. We long to walk the paths of this life shining the matchless Light of Jesus—the One who is The Way, The Truth, and The Life—that You may receive glory and that many may be transferred from the kingdom of darkness and into the kingdom of your dear Son (Colossians 1:13). We praise you for the joy of walking in His Light, and it is in His name that we pray. Amen.