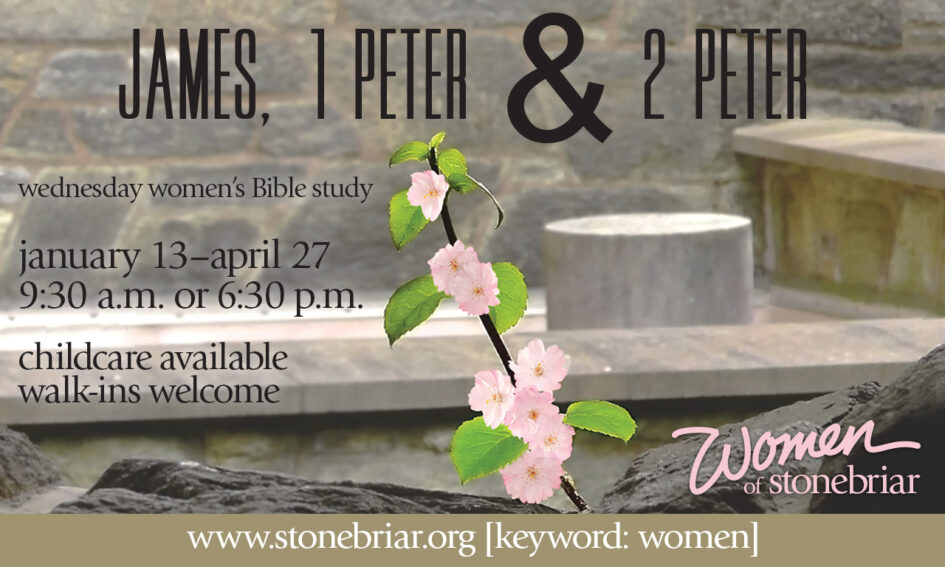 James spent much time with Jesus and was a prominent member of the early church. The book of James has been referred to as the “proverbs of the New Testament.” It was one of the earliest books written. For such a small book, it is full of wisdom.

The Apostle Peter wrote to Christians in Asia Minor in the first century, exhorting them to holy living in the midst of extreme persecution from a pagan culture. Christians of many social, ethnic, and cultural backgrounds lived in small groups and met together to hear God’s Word, to praise God, and to encourage one another in the faith. Peter wrote to encourage them, reminding them that they were pilgrims in this world, heading to their glorious home in heaven.